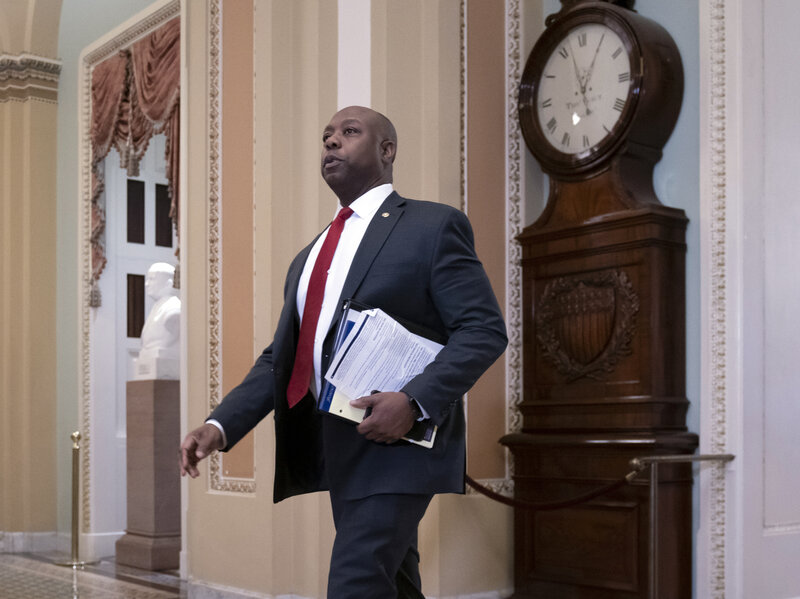 Sen. Tim Scott, R-S.C., is heading up a working group to draft a legislative response for Senate Republicans on issues of racial discrimination that have become more prominent since George Floyd's killing.

The plan would respond to the "obvious racial discrimination that we've seen on full display on our television screens over the last two weeks," McConnell told reporters following a GOP luncheon Tuesday to discuss the issue.

The plan comes a day after Democrats – with the support of more than 200 co-sponsors – rolled out their plan to overhaul law enforcement departments across the country. Scott told reporters he hopes Republicans can get a bill on the Senate floor before their July Fourth break.

Scott said Republicans are considering a proposal to increase training to focus on de-escalation tactics that would lessen the potential for chokeholds and other dangerous forms of police restraints. But Scott was clear his GOP colleagues aren't fans of the major items in the Democratic legislation, which includes bans on chokeholds and no-knock warrants in drug-related cases. He also ruled out reform of the legal doctrine for police known as qualified immunity — a key provision in the bill Democrats unveiled Monday. 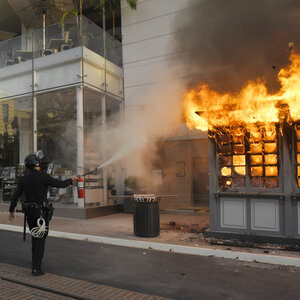 "We'd like to see all the agencies report, so we're going to provide either resources for it or perhaps reduce grants if they don't," Scott said.

The GOP is also discussing setting up a commission to get a handle on concerns facing policing today, Scott added.

The plan would trigger "the establishment of a 'National Police Commission' study, so that we can figure out best practices that can used across all departments that we would at least direct funding and resources toward in that direction," he said.

Scott also noted it's time to increase funding for police body cameras, which stands at less than $20 million today.

"I'd like to see that number grow significantly," he said.

Scott said he's in talks with the White House and he's hopeful the plan could win President Trump's support.

"We are on a separate track from the White House," Scott said. "I have been talking with folks in the White House about the track that they're on as well. I think there is some synergy between all three tracks."

Meadows later told some Capitol Hill reporters that the group had a "real good conversation" and is hopeful for a plan sooner rather than later.

"We're hopeful that we can address the issue in a real way," Meadows said but declined to say whether the White House could be supportive of Scott's plan so far. "It's a work in progress."

Scott said Republicans would also be working the phones Tuesday to see if any Democrats would join in the legislative effort. However, he was clear that Republicans aren't on board with the Democratic proposal and wouldn't be moving forward with it.

"I basically shy away from telling local law enforcement: You shouldn't do that or you can't do this," Scott said, referring to bans on no-knock warrants in drug-related cases and chokeholds. "I think their bill has a tendency to be seen as perhaps a nationalization of some of the underlying issues or techniques."

But McConnell said he remained hopeful of a plan moving forward. He noted 50 years after major civil rights legislation "we are still wrestling with America's original's sin," adding, "It's perfectly clear we are a long way from the finish line."

The majority leader said it was important "to listen to one of our own" – Scott – who, McConnell noted, has personal experiences with racial discrimination that have continued since he began his Senate career.

Separately, Sen. Tom Cotton, R-Ark., introduced a resolution that called for justice for Floyd but also expressed opposition to calls from some advocates to "defund the police." Cotton's office indicated he would ask for unanimous consent to approve the resolution on Wednesday. Scott was not listed as a co-sponsor.